Scientific research papers are often indecipherable to the average reader. This is due, in part, to the fact that scientists use a lot of jargon—they have a special vocabulary that usually doesn’t make a whole lot of sense to non-scientists. This jargon issue is something that occurs across all scientific disciplines, and sexology is no exception.

In this post, let’s take a look at several sex jargon terms I’ve come across in research papers and decipher what the researchers were really talking about. Here goes…

1.) “Tribadism” – This term refers to the act of rubbing one’s genitals against the body of a consenting partner. It’s usually used in the context of a woman rubbing her vulva against a partner’s body or genitals. When vulva-to-vulva contact occurs, it’s known colloquially as “scissoring.”

2.) “Telephone scatologia” – This term refers to a sexual interest in which someone derives arousal from making obscene telephone calls to an unsuspecting person. It’s the other person’s shocked reaction that telephone scatologists find to be a turn-on. Variants of this practice can include sending obscene texts or unsolicited genital photos.

4.) “Collective sex” – This is a broad term that refers to sex that takes place in environments where people specifically gather to engage in some kind of public sexual activity. For example, this includes sexual interactions that take place in swingers’ clubs, private sex parties, and bathhouses ( such as listed athttp://allswingersclubs.org/ ).

6.) “Extradyadic sex” – This term refers to sexual interactions that occur outside of a couple’s primary relationship. Some researchers use this term to mean infidelity, but that’s not very precise because extradyadic sex is only synonymous with cheating when talking about a two-person, monogamous relationship.

7.) “Biastophilia” – This term refers to an uncommon sexual interest in which someone is turned on by the prospect of committing rape. Biastophiles prefer nonconsensual to consensual sexual encounters and they commit sexual assault because they find it to be sexually gratifying. In other words, these are people who have sexual motivations for committing rape.

8.) “Gynandromorphophile” – This is a term that has been used to describe a man who is sexually attracted to men who have both male and female physical characteristics, such as male-to-female transsexuals who have only had top surgery. Contrary to popular belief, the vast majority of gynandromorphophilic men are not gay—most are straight or bisexual. Indeed, their sexual arousal patterns look more like those of heterosexual men than gay men.

9.) “Intercrural sex” – This is a term that describes a sex act in which a man places his penis between his partner’s thighs and begins thrusting. This is a fairly common, non-penetrative form of sex. 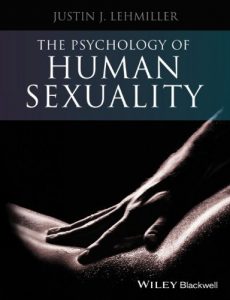