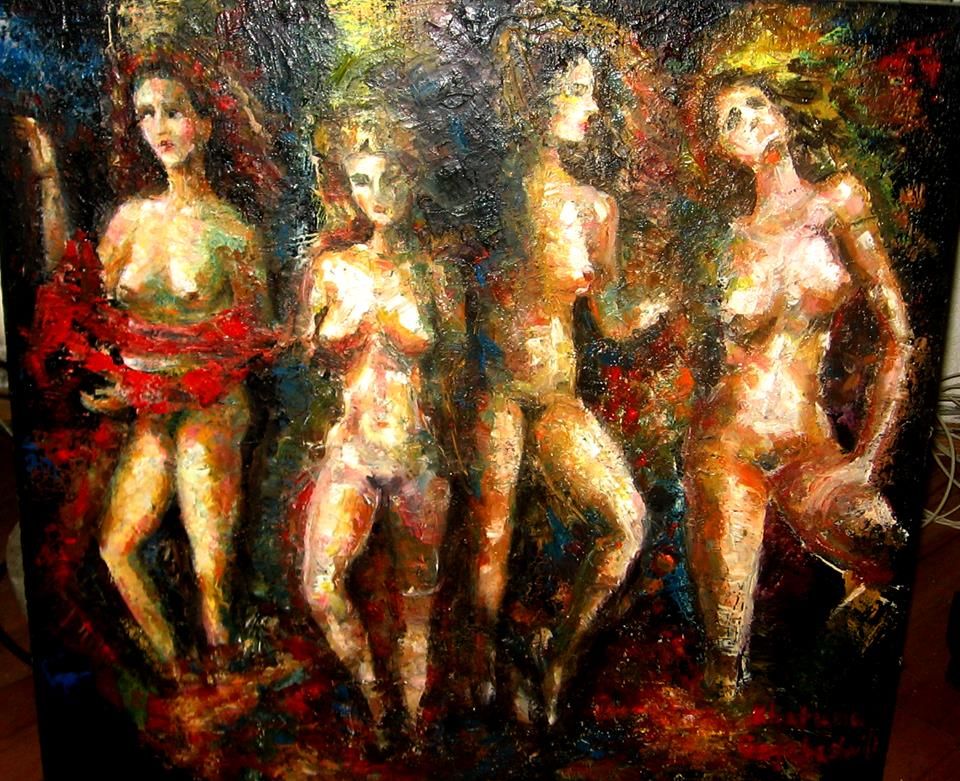 In the Bible, assuming that men could support more than one wife, they were free to be polygamous. Tradition says King Solomon had 1,000 wives. However, for the past 2,000 years, most Western cultures have embraced monogamy…with annual exceptions.

After long winters came spring—and “spring fever.” As the days lengthened, and agrarian cultures planted crops, many developed religious rituals to petition their deities for good harvests and livestock fecundity. These rites often included the relaxation of sexual restraints, and some involved raucous, drunken, public, and group sex.

Spring-fever sex parties definitely had rough edges. Many included alcohol, which fueled sexual assaults of both women and men. But it would be a mistake to call springtime sex festivals rape-athons. During the 1990s, University of Chicago researchers surveyed 1,749 adult American women and found that 5 percent—one in 20—reported partner sex four or more times a week. Some of today’s women are highly sexual, and there’s every reason to believe that this has always been the case. Historians agree that in spring-fever group sex rituals, women were often enthusiastic participants.

From Ancient Egypt to Greece

The earliest known springtime public sex rituals took place in ancient Egypt. Early Egyptian mythology includes a tale similar to the story of Noah. The sun god, Ra, recoiled from humanity’s wickedness and killed almost everyone along the Nile. Then he relented and rewarded the few survivors by flooding the fields with beer. They got drunk and beseeched Ra for bountiful harvests. They also engaged in public, orgiastic sex that repopulated Egypt. In commemoration, every spring as the Nile flooded, the Egyptians held fertility festivals involving public drunkenness, dancing, and group sex. It’s not clear what proportion of the population participated, but according to ancient historians, many did.

In early Rome, the fertility god was Liber. Springtime parades honoring him featured huge carved wooden phalluses that were carted around the city and through the fields. Liber’s springtime festivals culminated in a sacred ritual involving a married noblewoman and a priest doing the deed in public with the community watching.

Around 200 B.C., the Romans adopted Dionysus, changing his name to Bacchus. The Roman historian Livy reported that early celebrations in the god’s honor, Bacchanalia, were held three times a year and restricted to women who abstained from sex for 10 days beforehand. But eventually, Bacchanalia included men, and for years took place monthly featuring public drunkenness and communal lasciviousness. article continues after advertisement

Ultimately, Bacchanalia devolved into mass rape of both women and men, with murmurs of sedition. The Roman Senate had no objections to public intoxication or sex, but could not abide insurrection. In 186 B.C. when Rome had almost one million inhabitants, Livy reported the arrest of 7,000 Bacchanalians, around 1 percent of the population, most of whom were executed.

As Christianity supplanted paganism, its solemn springtime holiday, Easter, followed 40 days of Lent, a time of quiet reflection beginning on Ash Wednesday. But the day before Ash Wednesday, everyone partied on Fat Tuesday—in French, Mardi Gras, in Spanish, Carnaval. Ever since, Mardi Gras and Carnival have been celebrated with copious alcohol and the relaxation of sexual constraints.

Several Renaissance Popes celebrated Carnival year-round. In 1501, the Italian nobleman and Catholic Cardinal Cesare Borgia, Duke of Valentinois, organized a party at the Papal Palace featuring the Pope, high-ranking clergy, and 50 courtesans, who dined together, then stripped naked and cavorted.         article continues after advertisement

In medieval England, the springtime fertility ritual, Beltane, took place in late April, eventually settling on May 1 (May Day). Celebrants danced around a huge phallic symbol, the May Pole, and then repaired to the fields, where they drank and did the deed. In 1644, the Puritans banned May Day cavorting.

This tradition continued into the 20th century. In 1961, British aristocrats and a bevy of young women attended a pool party at an English country estate. Secretary of War John Profumo played with alleged sex worker Christine Keeler, who was also involved with a Russian naval attaché and suspected spy. The ensuing scandal almost brought down the government.

American colonists were surprised that many Native American tribes had no qualms about non-monogamy, which clouded paternity. The Indians replied, “You love only your own children. We love all our children.”        article continues after advertisement

From the American Revolution through the Civil War, a small minority of Americans joined frontier utopian communities, each with its own relationship rules. The Shakers insisted on celibacy. The Mormons embraced polygamy. And in 1848 in Oneida, New York, John Humphrey Noyes established a “communist” community. All property was held by the group, and traditional marriage was abolished in favor of “complex marriage.” Any member man could invite any member woman to bed. Women could accept or decline, but the community opposed exclusivity and encouraged multiple partners. Most Oneidans maintained several simultaneous sexual relationships. At its height, the Oneida commune numbered 300. It lasted 31 years, until 1879.

During the 1870s in New York, former sex worker Victoria Woodhull became the nation’s first woman stockbroker. She also promoted “free love”—not unconstrained promiscuity, but arrangements we’d call swinging. Woodhull condemned traditional marriage for enslaving women. She encouraged women to pursue their attractions by choosing as many lovers as they wanted, even if the men were married.

The Roots of Swinging

Modern American swinging developed during World War II at air bases. American fighter pilots suffered substantial casualties. Pilots and their wives understood that many flyers would not return. Before the men flew off, pilot couples intermingled sexually—then called “wife swapping”—in tribal bonding rituals that cemented a tacit commitment by surviving flyers and their wives to look after the widows. The couples held “key parties.” The men tossed their house keys into a hat. The women picked keys and spent the night with the man whose doors they opened. After the War, swapping spread throughout the military, and then to surrounding communities.

Today the All Swingers Clubs (ASC) includes more than 350 clubs around the U.S. and Canada. Annual Lifestyle conventions have taken over large resort hotels, drawing thousands of couples. There are also swinger resorts and cruises, and travel agents who specialize in swing destinations worldwide. Meanwhile, only a small fraction of swinging takes place in clubs. Most occurs in private homes, with two or more couples and occasionally a few singles. Thousands of informal swing groups play in all 50 states. If you’re interested, search “swinging” or “swing clubs” and any locale.